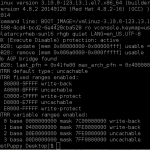 Three months have past since I did an (rather abrupt) shift in the focus of my career. Specifically from net to sys. I’ve learned a lot since then and I encountered a very different set of challenges than in the last 15 years. Fun.

Unfortunately that also meant that I did not have too much time to cater for this page. I finally managed to put all the things in order in my mind and chill a bit. So from now on I will talk less about networking stuff and more about systems stuff.

To signal this I decided to reflect the change also in the name and subtitle of this site.

Later edit:
After two and a half years I’m back to net. ‘Nuff said.

1 thought on “Winds of change”

This site uses Akismet to reduce spam. Learn how your comment data is processed.